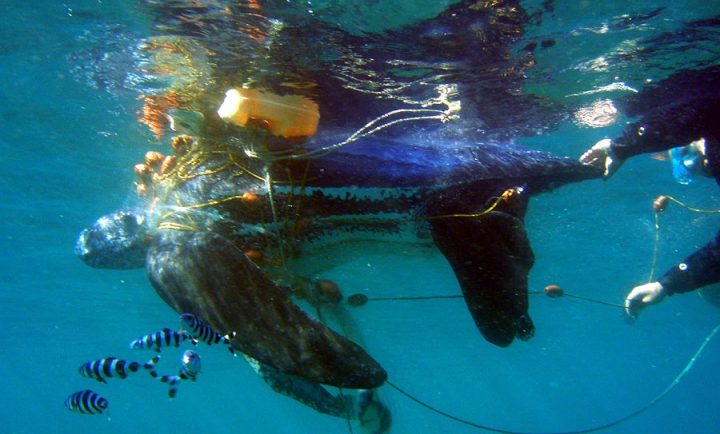 Ghost fishing is a severe threat for all seven species of sea turtles found worldwide. Turtles must come to the surface to breathe so when they are caught in a net or on a fishing hook, they cannot surface and drown.

Αccording to a survey conducted by a team of conservation biologists, ∼85,000 turtles were recorded caught in fishing gear between 1990 and 2008. However, due to the small percentage of fishing effort observed and reported, this likely is a severe underestimation. 1

In the Mediterranean, the results of another study indicate that more than 150,000 turtles are captured in ghost gear per year with possibly over 50,000 deaths. 2

In 2018, more than 300 sea turtles were found dead off the coast of Mexico during their annual attempt to lay their eggs.

Sea turtles are rare sightings in most parts of the world. Especially the deep-diving Leatherback (Dermochelys coriacea) with a lower depth limit of 1,300 meters. That is what makes the rescue of this animal, listed as Vulnerable by the IUCN Red List, even more special!

Our friend, Maurizio Grbac of Krnica Dive, together with his team, was able to save a leatherback back in 2007, following a tip by a local fisherman who noticed the trapped animal near Krnica harbour (photos below by Emanuel Dobran).

Since we began our activities in 2013, the volunteer divers working with Healthy Seas have rescued many animals, but not a sea turtle.  We were, however, able to do something for these amazing creatures last December, when during 2 of our school programmes with Stichting Herpetofauna, nearly 1000 euros were raised by the children of  Korein Kindcentrum Platijn and Dé BroeBELschool for Turtle Rescue Cahuita, an organisation that protects the endangered leatherbacks in Costa Rica. 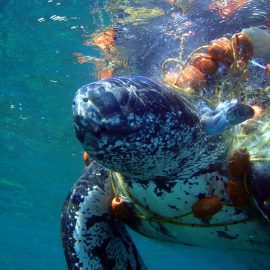 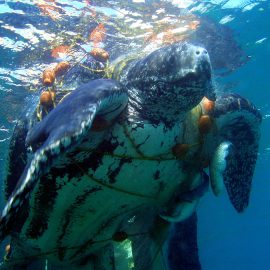 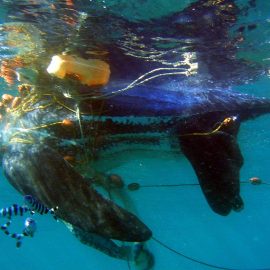 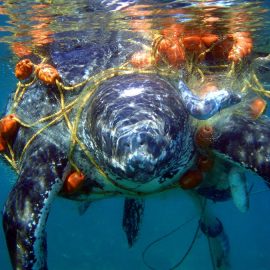 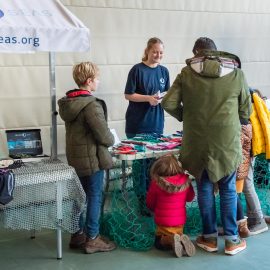 We are delighted to announce that another sustainable brand has joined our growing list of partners. Virago Active is an action wear company that launched its first swimwear collection in early 2020. Like their slogan “WE DARE & WE CARE” they support the ocean environment by using fabrics that contain regenerated ECONYL® yarn, made from […]

This is not a joke! Socks can be recycled into brand new fishing nets!

There will be many happy fishermen out there after learning that old socks, the ones that are no longer useful because of extended and often, over-extended use, can be recycled to create brand new fishing nets. This innovative solution is especially great for people who have an unhealthy attachment to the popular accessory and will […]

We are happy to announce our partnership with the DWS sales team! After selecting to give sustainable bracelets made of old fishing nets (aka Bracenets) to everyone as a gift for Christmas last year, the DWS sales team decided to do even more to help protect the seas and oceans, by supporting Healthy Seas! DWS […]

Connecting with the Planet

Connection exists on many levels. We have known for a long time that environmental pollution has no borders. Climate change is not making a distinction between countries, having a global impact. Fishing gear that is abandoned or lost in one part of the world is carried to another by oceanic currents. Today’s crisis is not […]