Aeolian Islands: Small island community unites with us for healthy seas and a sustainable tomorrow 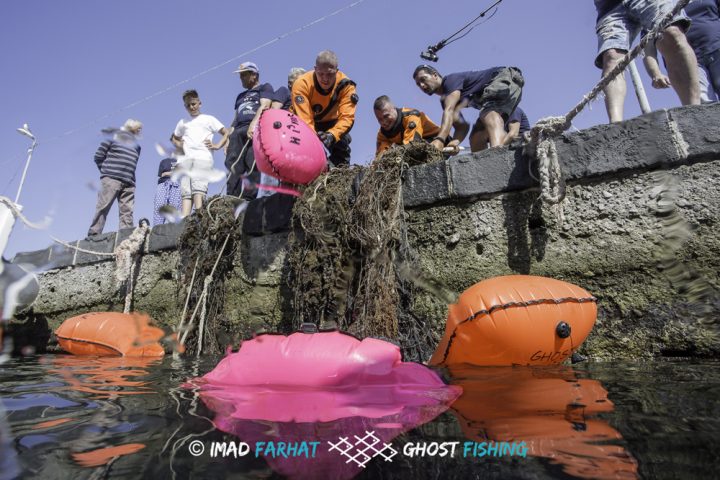 We just got back from Lipari, a small island in the Aeolian Archipelago where together with Ghost Fishing, the Aeolian Islands Preservation Fund and Blue Marine Foundation we carried out a 6-day long World Oceans Day mission, which resulted in cleaning up 5 tons of ghost nets from the seabed.

The volunteer divers who came from the Netherlands, UK, and Lebanon, together with the locals, performed 5 deep sea and 6 dives at the harbour.  They mostly found long-lines and gill nets, all very light in weight but a major threat to marine life as they appear invisible underwater, trapping and killing marine life.  They rescued several species, including starfish, sea urchins, rock crabs, sea cucumbers and juvenile fish. Oh, and we also recovered 2 baby prams.

Lipari is home to 12,819 inhabitants so when our team docked there last Monday in matching navy-blue t-shirts and orange diving dry suits, one could say we stood out! Parallel to the dives which went on twice daily, we ran education activities for over 130 kids from the local schools. By the last day, we felt at home. They called us by our names. The waitress who served us lunch every day joined a cleanup while one of the fishermen reached out to the divers to help him on his boat.

Lost fishing gear is a real problem in the Aeolian Islands and this project was an opportunity to raise awareness on the issue, actively involving the local community, divers, fishermen, children, and authorities. This mission marked a turning point for Healthy Seas with the Italian Coast Guard deployed in Lipari (Guardia Costiera Lipari) supporting the divers underwater and on the surface. It was a real recognition of our efforts. On the last day, members of the Italian Parliament visited the Marina Corta (Lipari harbour) and observed our activities while sending a video message to the Minister of Environment.

But the real success story is what will happen from now on. The local divers and fishermen will continue the work we did by recovering ghost nets and disposing of their useless nets in the newly established collection point set up on the island of Salina, provided by the Municipality of Malfa.  In October, the nets will be picked up and sent for sorting to Nofir A.S. and finally transported to Aquafil where they will be combined with other nylon waste and regenerated into ECONYL®  nylon, the infinitely recyclable material. This will provide the basis for beautiful new products such as socks, sportswear, swimwear and carpets.

We are very thankful to Maratona Dles Dolomites-Enel as well as all the cyclists who chose charity entries, for funding for this event. On July 7th let’s all cheer them on!

Share the post "Aeolian Islands: Small island community unites with us for healthy seas and a sustainable tomorrow" 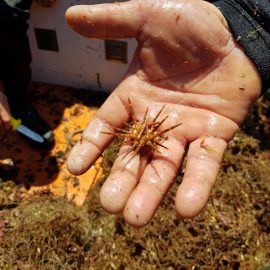 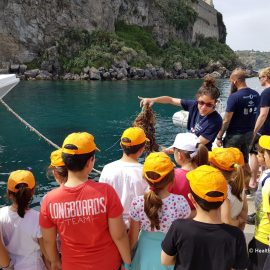 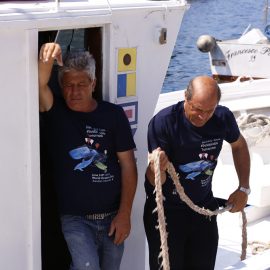 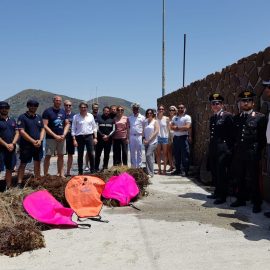 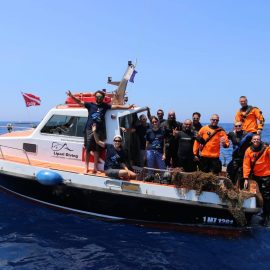 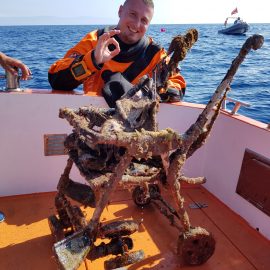 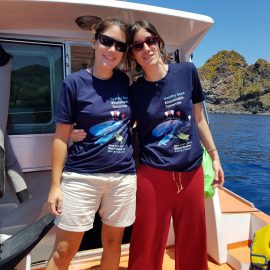 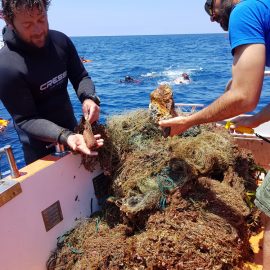 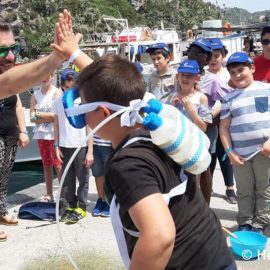 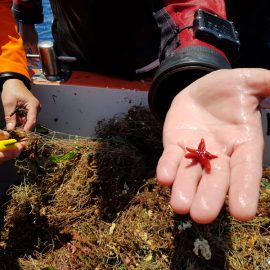 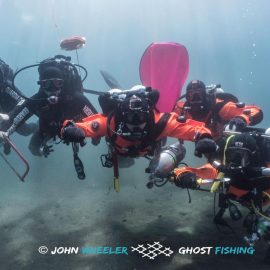 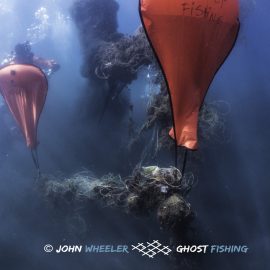 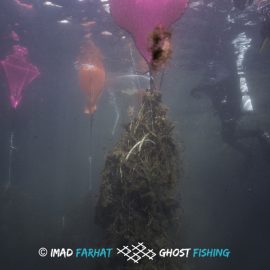 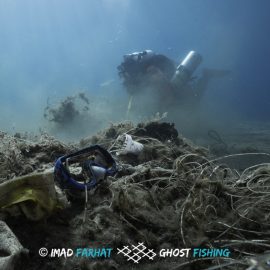 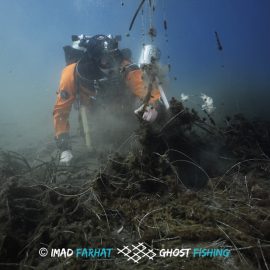 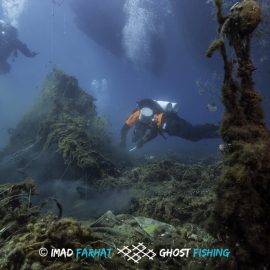 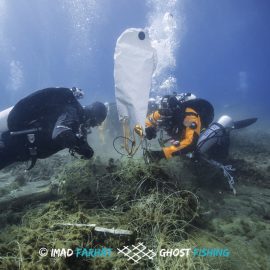 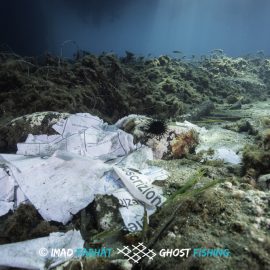 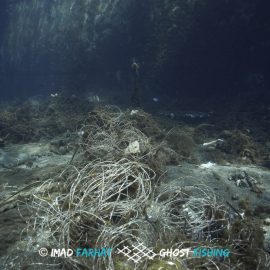 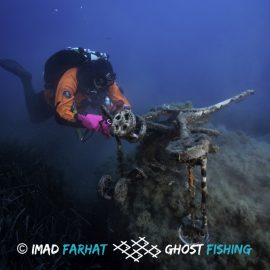 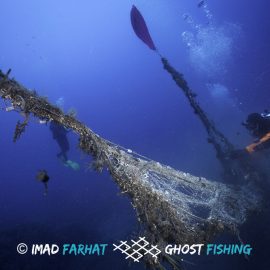 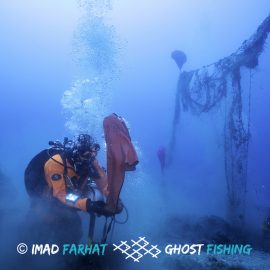 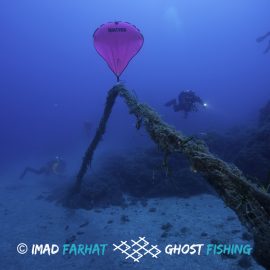 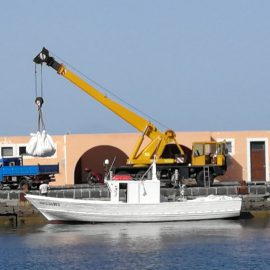 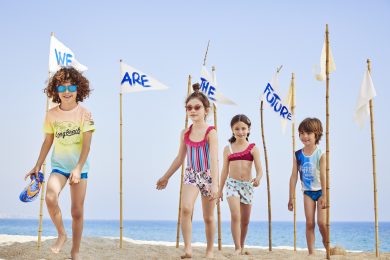 On Monday, during the final day of Healthy Seas’ big 3-day mission at the Aeolian Islands (October 6-8), Ghost Fishing divers recovered the biggest net of their careers! Local witnesses explained that a storm 10 years ago caused the fish farming net to end up at sea. The net, which weighed over 2 tons, […] 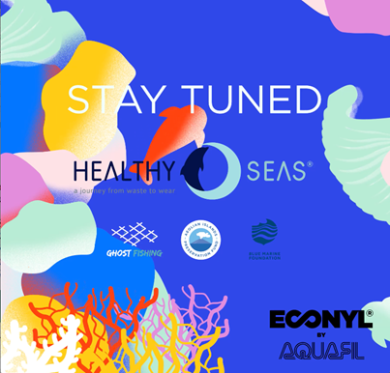 From October 6-8, together with the Aeolian Islands Preservation Fund (AIPF), the Blue Marine Foundation (BLUE) and the Ghost Fishing Foundation, Healthy Seas is carrying out a mission in the Aeolian Islands to recover lost fishing nets. The mission is exclusively sponsored by Aquafil, with contributions from AIPF and BLUE. According to UNEP and FAO […]